Rockets fired at French and UN bases in Mali

Rockets fired at French and UN bases in Mali 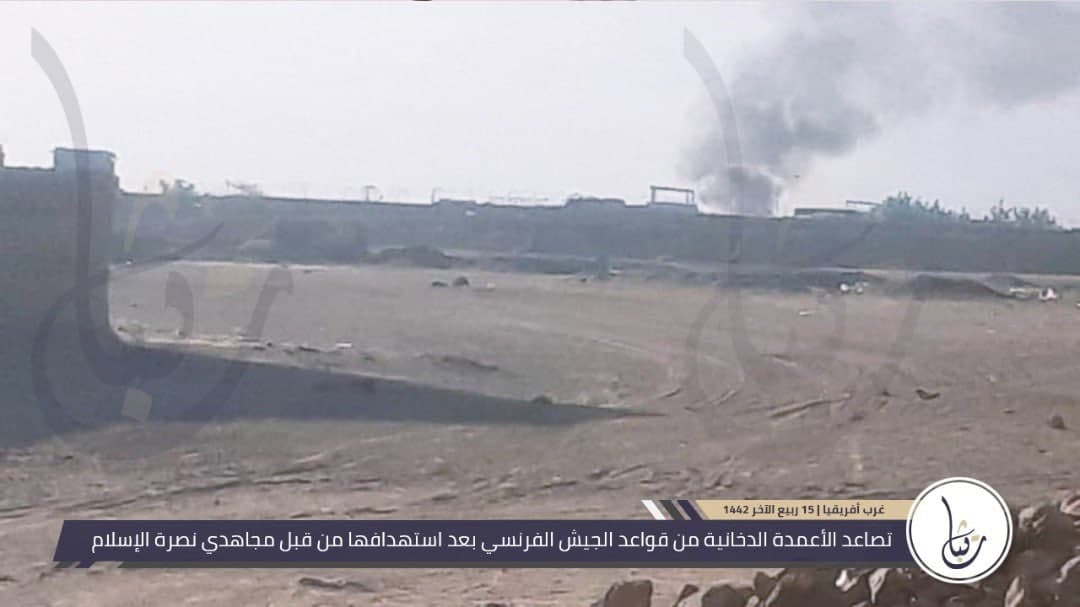 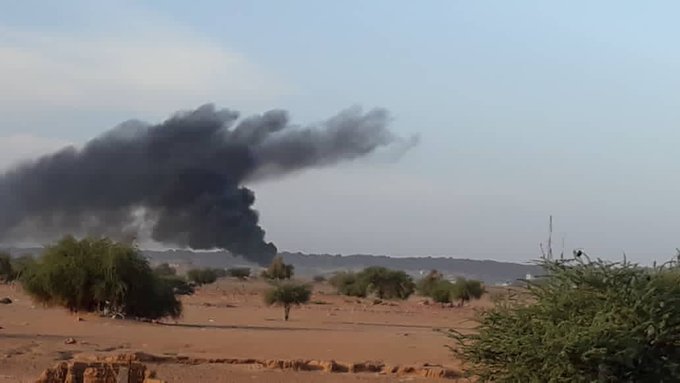 2 month ago
Kidal,Région de Kidal
Images: al-Qaeda's JNIM/AQIM claims to have targeted a French military base in Mali 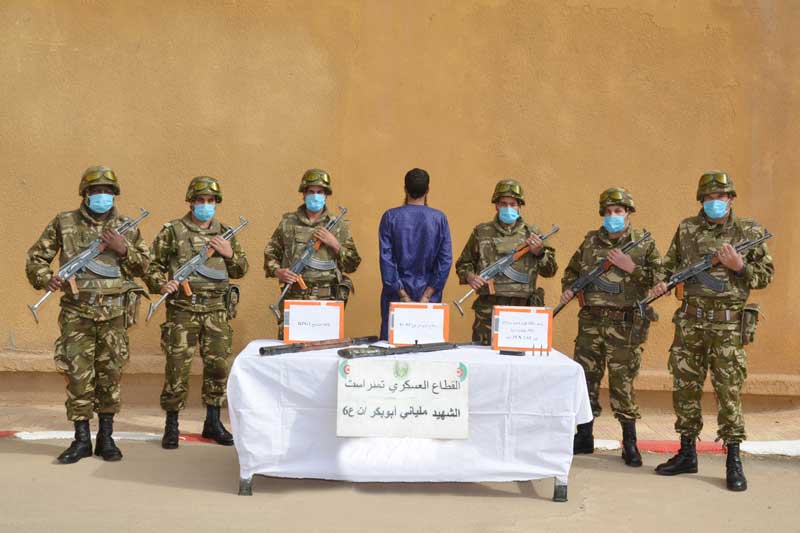 2 month ago
Sidi M'Hamed, Wilaya d'Alger
Algeria- ANP announces arrest of militant ("Ben Khia Aissa" who joined militant groups in Mali in 2018) in Tin Zaouatine. According to ANP, he was carrying a "G3" (actually FN FAL) with only 1 mag & an RPG-2 with 3 rockets (not shown). Weird loadout for surrenderees
2 month ago
Kidal
3 explosions occurred in cities in northern Mali, coinciding with attacks against camps of international forces 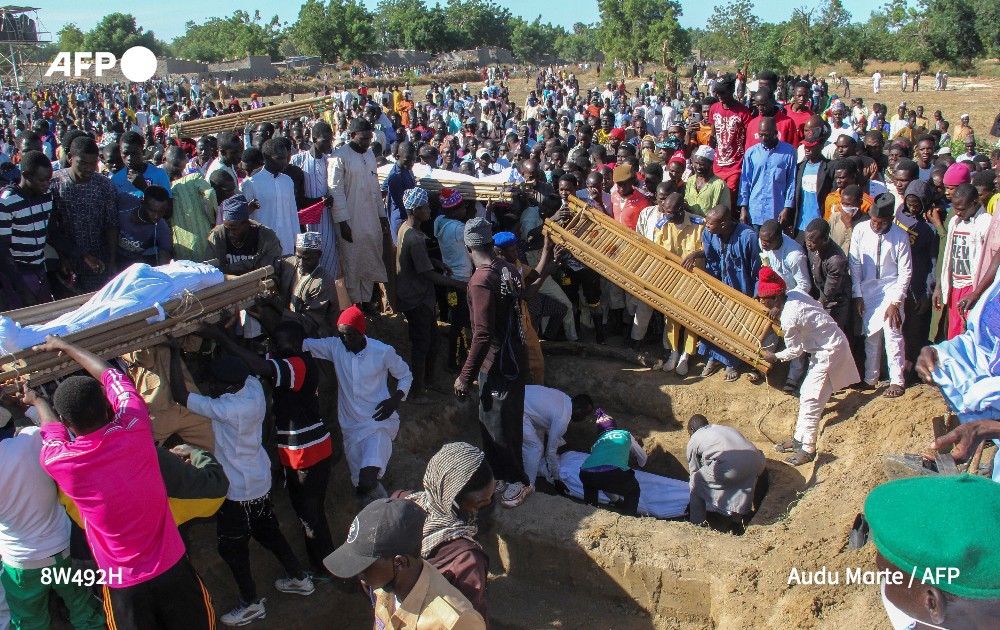 2 month ago
Zab
Borno Governor Babaganan Umara Zulum attended the burial Sunday in the nearby village of Zabarmari of bodies recovered on Saturday. Initial tolls indicated 43 and then at least 70 dead from the massacre by suspected Boko Haram fighters 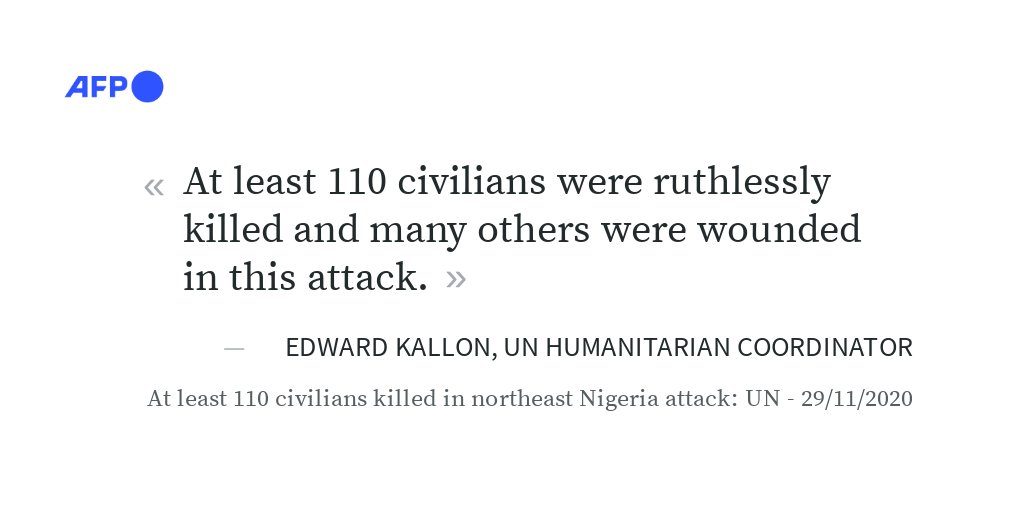 2 month ago
Zab
The weekend attack on a village in northeast Nigeria blamed on the Boko Haram jihadist group left at least 110 dead, the UN humanitarian coordinator in the country said Sunday
2 month ago
Nigeria
At least 110 civilians killed in northeast Nigeria attack: UN
2 month ago
Nigeria
Boko Haram Islamists have killed more than 40 rice paddy workers in Northeast Nigeria. According to the descriptions, they were handcuffed and their throats were cut
3 month ago
Niamey, Niamey Urban Community
Election of Chadian Hussein Ibrahim Taha as Secretary General of the Organization of Islamic Cooperation
3 month ago
Ouagadougou, Centre Region
Presidential election in Burkina Faso: opponents congratulate Roch Kaboré on his re-election
3 month ago
Niger
Turkish Foreign Minister Çavuşoğlu held a meeting with his Saudi counterpart Al Saud in Niger in the framework of the OIC Foreign Ministers Assembly
3 month ago
Borno
Nigeria: Nigerian Air Force launched series of airstrikes on Islamic State positions in Borno State

3 month ago
Chad
Islamic State (IS) admitted it has killed 4 soldiers in Chad. There would be nothing extraordinary about it, if not for the fact that instead of writing Chadian, they wrote Canadian 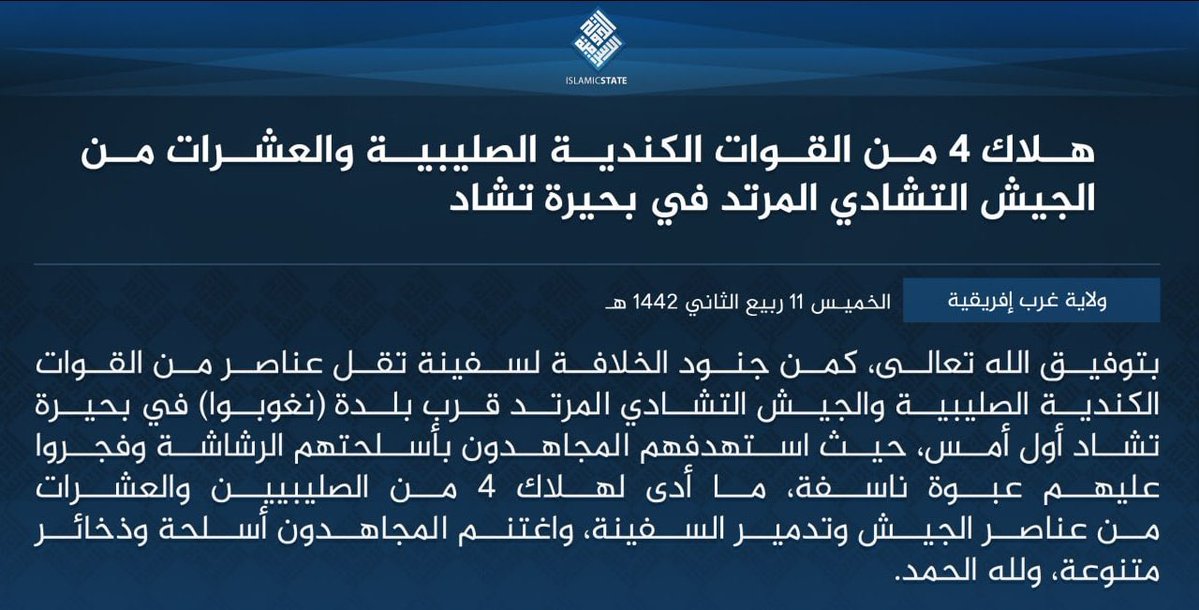 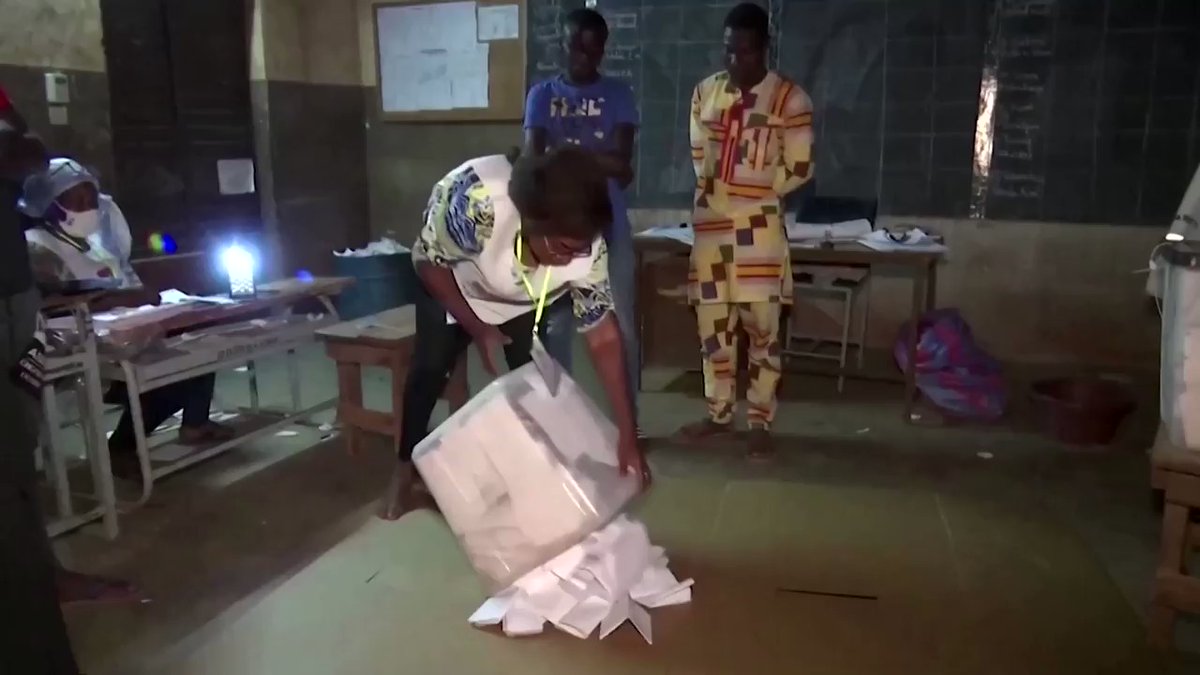 3 month ago
Ouagadougou, Centre Region
Burkina Faso: Outgoing president Roch Kabore has nearly 4 times the votes of his rival with more than half of the districts reported, according to the electoral commission. However, the opposition raised concerns about the validity of the tally 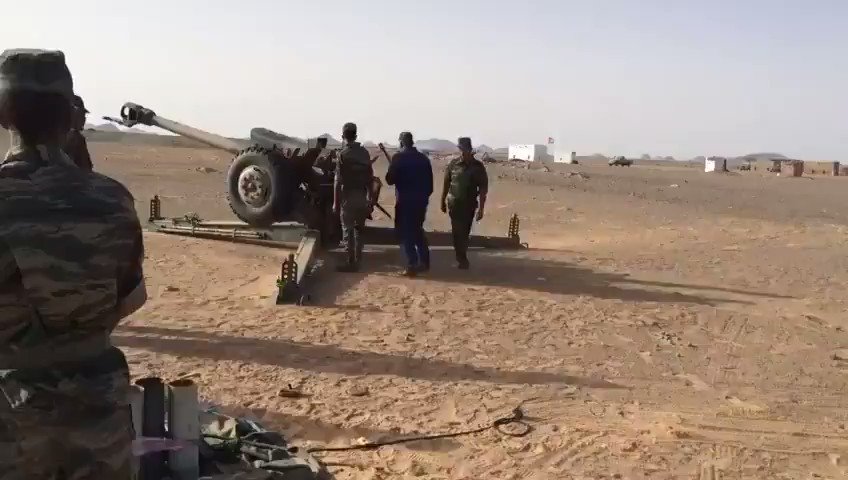 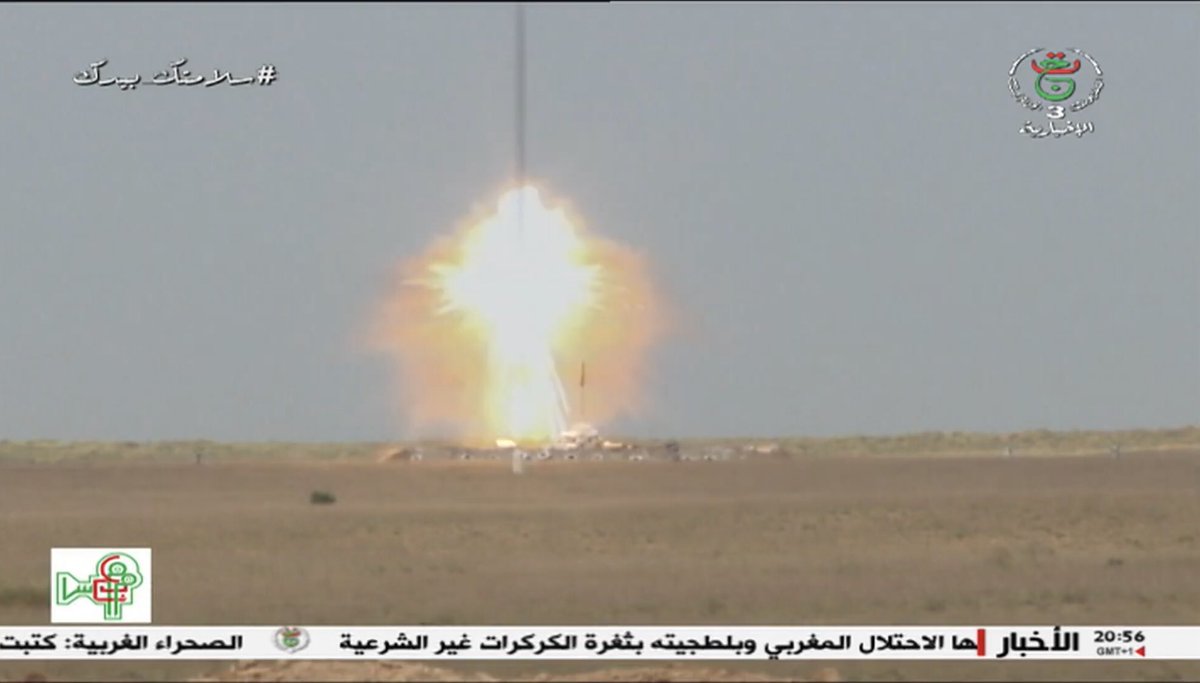 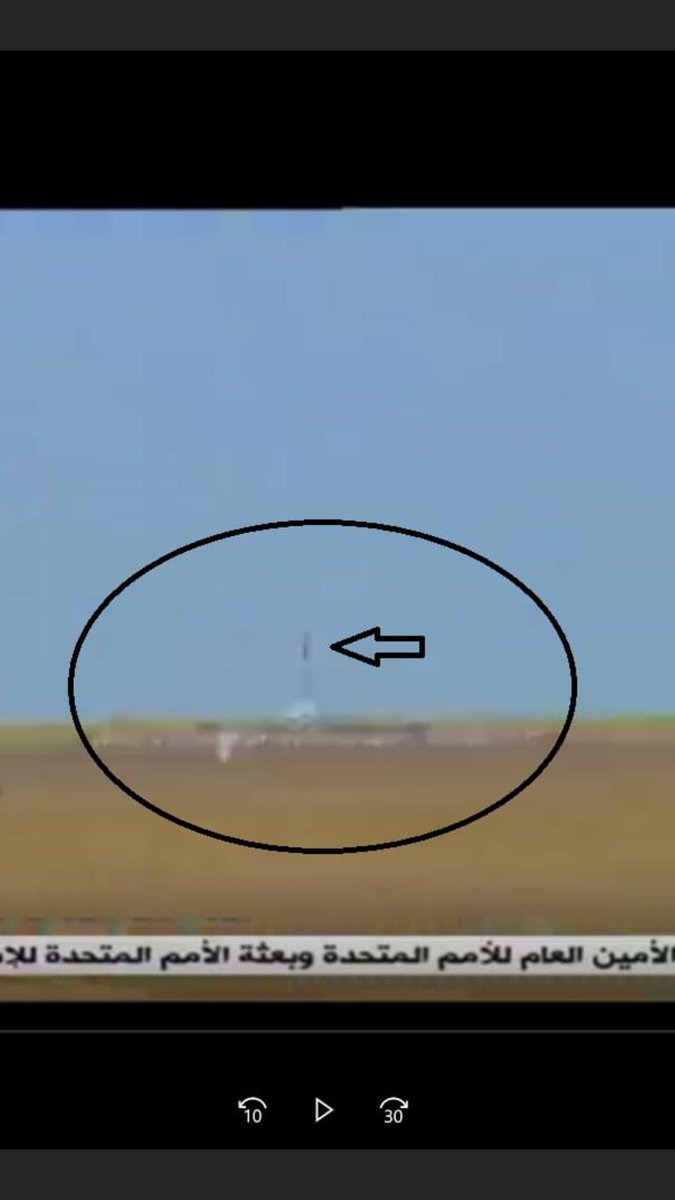 3 month ago
Algeria
For the 1st time the Algerian official tv showed what looks like ISKANDER ballistic missile hiting a target with high precision. This occured amid rising tension near the Algerian west borders between Western Sahara and Morocco 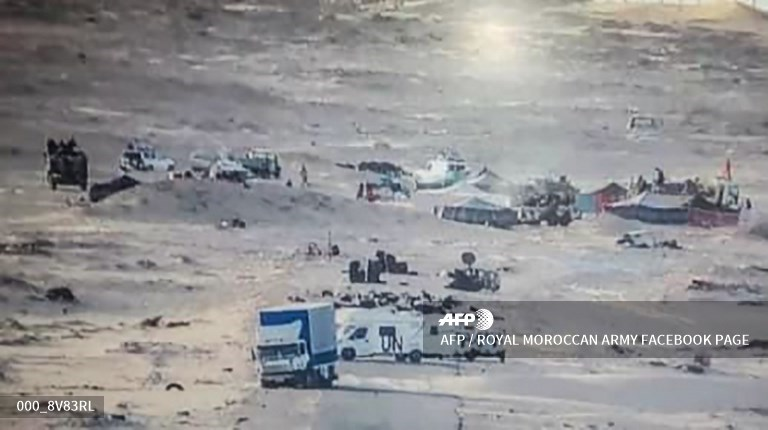 3 month ago
Western Sahara
Polisario Front camp near the Mauritanian border in Guerguerat, along the road leading to Mauritania, after the intervention of the Royal Moroccan Armed Forces 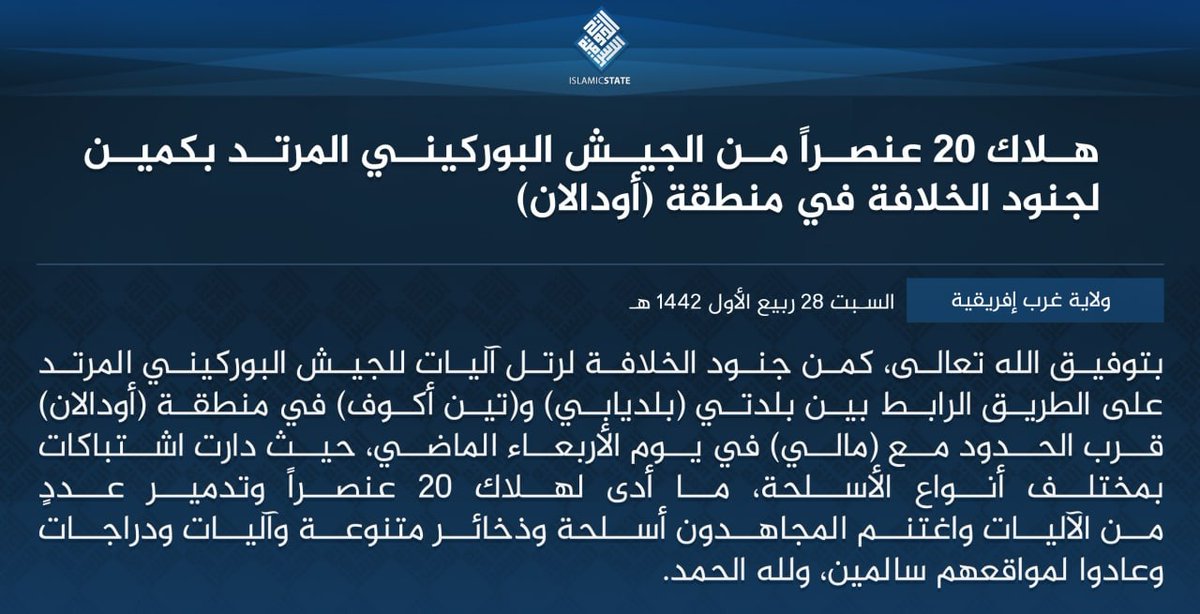 3 month ago
Burkina
Attack claimed by ISIS on behalf of the Saharan branch of its West African province. Thabat had already attributed the incident to JNIM whose sphere of action did not extend to this part of the Sahel Burkina 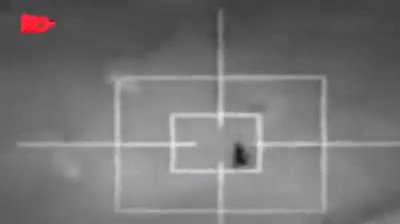 3 month ago
Morocco
Airstrike of the Moroccan Royal Air Force on a Polisario armored vehicle heading straight towards the defense wall.

3 month ago
Paris, Île-de-France
French army says dozens of jihadists killed in Mali
3 month ago
Paris
The French army announces the killing of dozens of militants in Mali
3 month ago
Nouakchott,Nouakchott
Mauritania Foreign Affairs: We call for a consensual solution that ends the tension in Guerguerat on our northern borders
3 month ago
Mahbas
The Moroccan army thwarted an attack of the Polisario Front in the Mahbas region
Show patterns instead colors
Latest news from Sahel region: The Sahel part of Africa includes (from west to east) parts of northern Senegal, southern Mauritania, central Mali, northern Burkina Faso, the extreme south of Algeria, Niger, the extreme north of Nigeria, central Chad
Icons

If you have a shared mission, or have any questions, just send us an email to [email protected]euamap.com or contact us on Twitter: @liveuamap