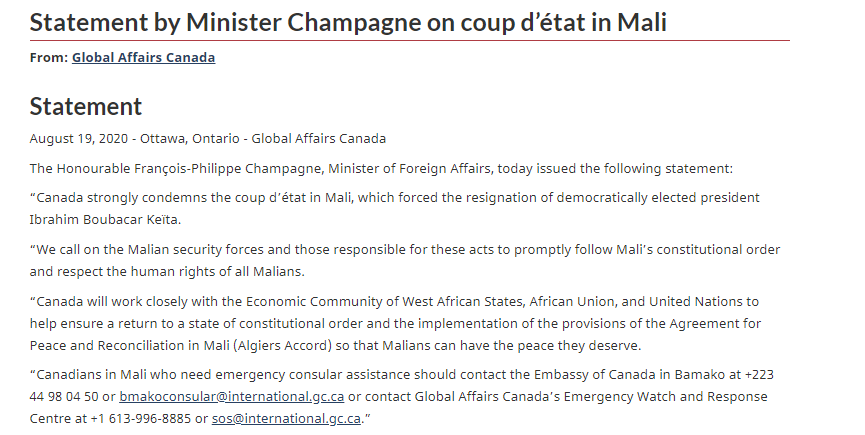 11 mois il y a
Ottawa, Ontario
Foreign Affairs Minister François-Philippe Champagne says Canada 'stongly condemns' the coup in Mali, adding: 'We call on the Malian security forces and those responsible for these acts to promptly follow Mali's constitutional order and respect the human rights of all Malians.'
11 mois il y a
The UAE Foreign Ministry
The UAE expresses its concern about the developments in the security situation in Mali
11 mois il y a
New York, New York
The UN Security Council calls on the leaders of the rebellion in Mali to return to their barracks
11 mois il y a
București, Municipiul București
President Iohannis says that Romania's 120 soldiers in Mali are fully safe and there is no need to evacuate them as of now
11 mois il y a
Washington, District of Columbia
Washington condemns the rebellion in Mali and calls for the release of the detainees
11 mois il y a
Kollaram
ISWAP Advance Into Kukawa Town In Borno State 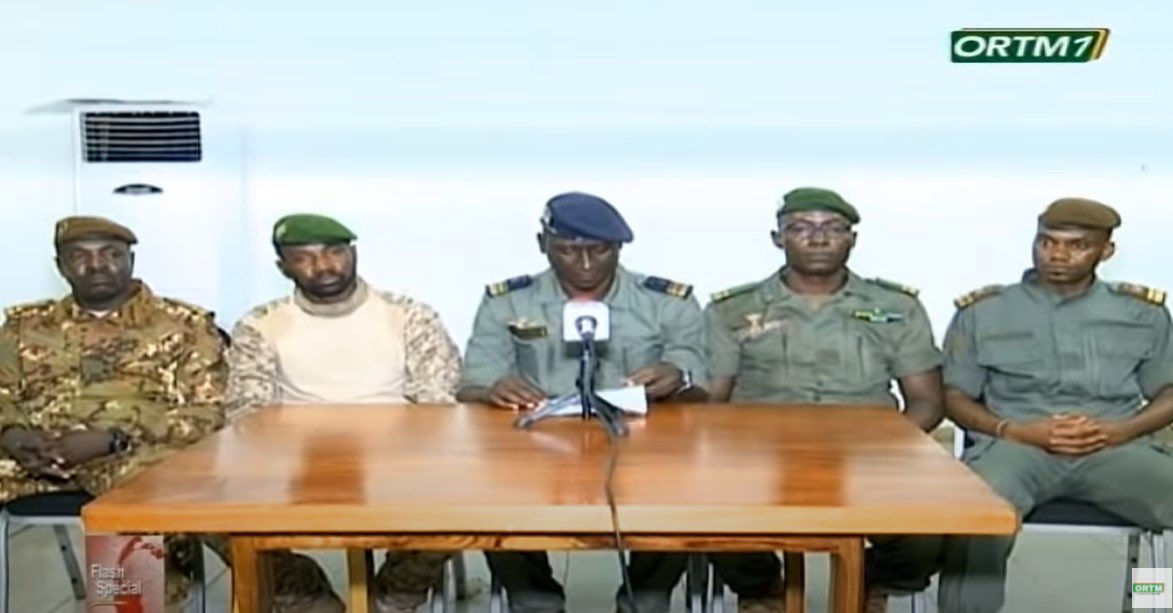 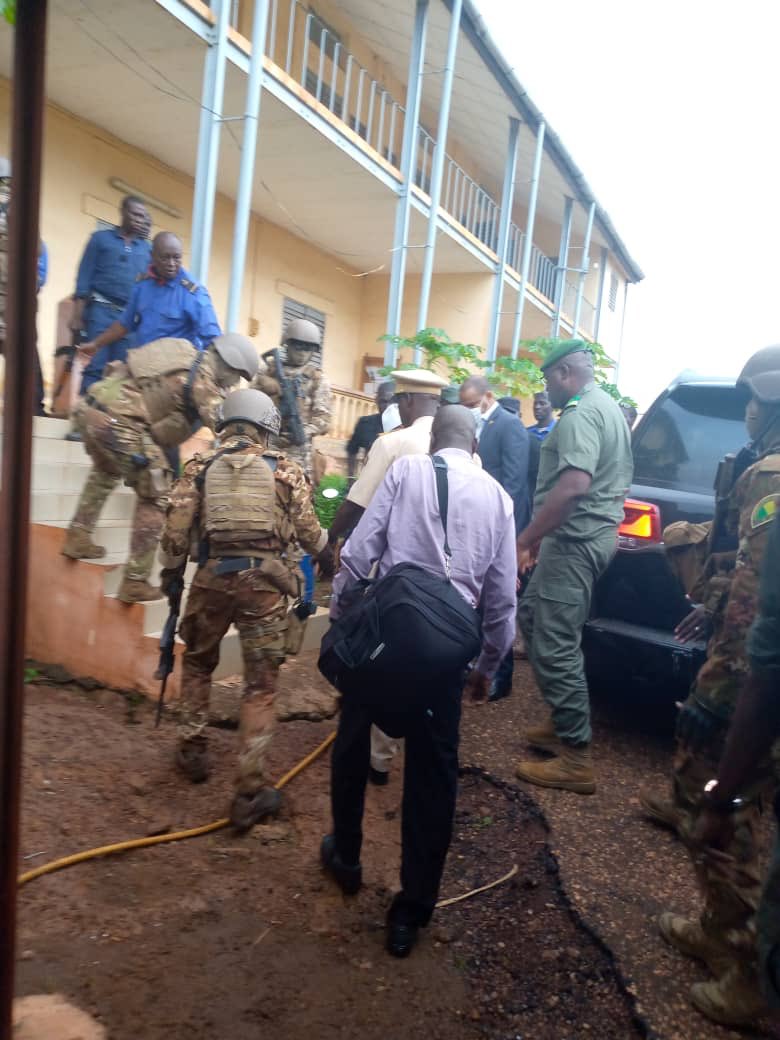 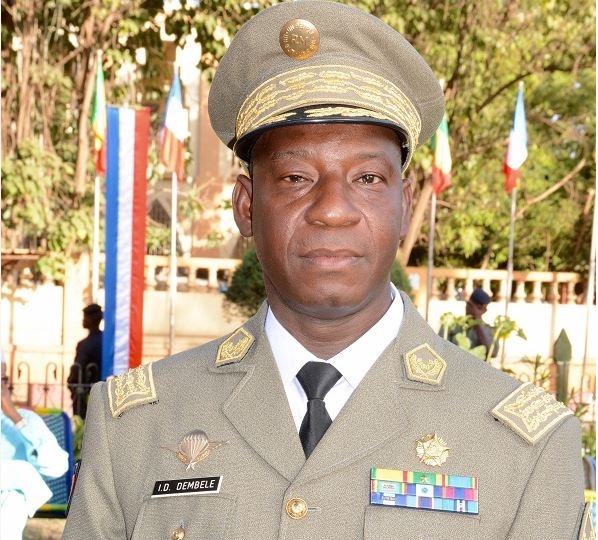 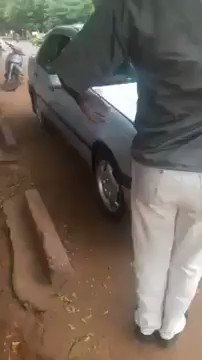 11 mois il y a
Bamako
Mali: footage reported to be from Bamako today. Soldiers can be seen speeding down the road, cheered on by civilians. For weeks mass protests have been taking place against president Keita